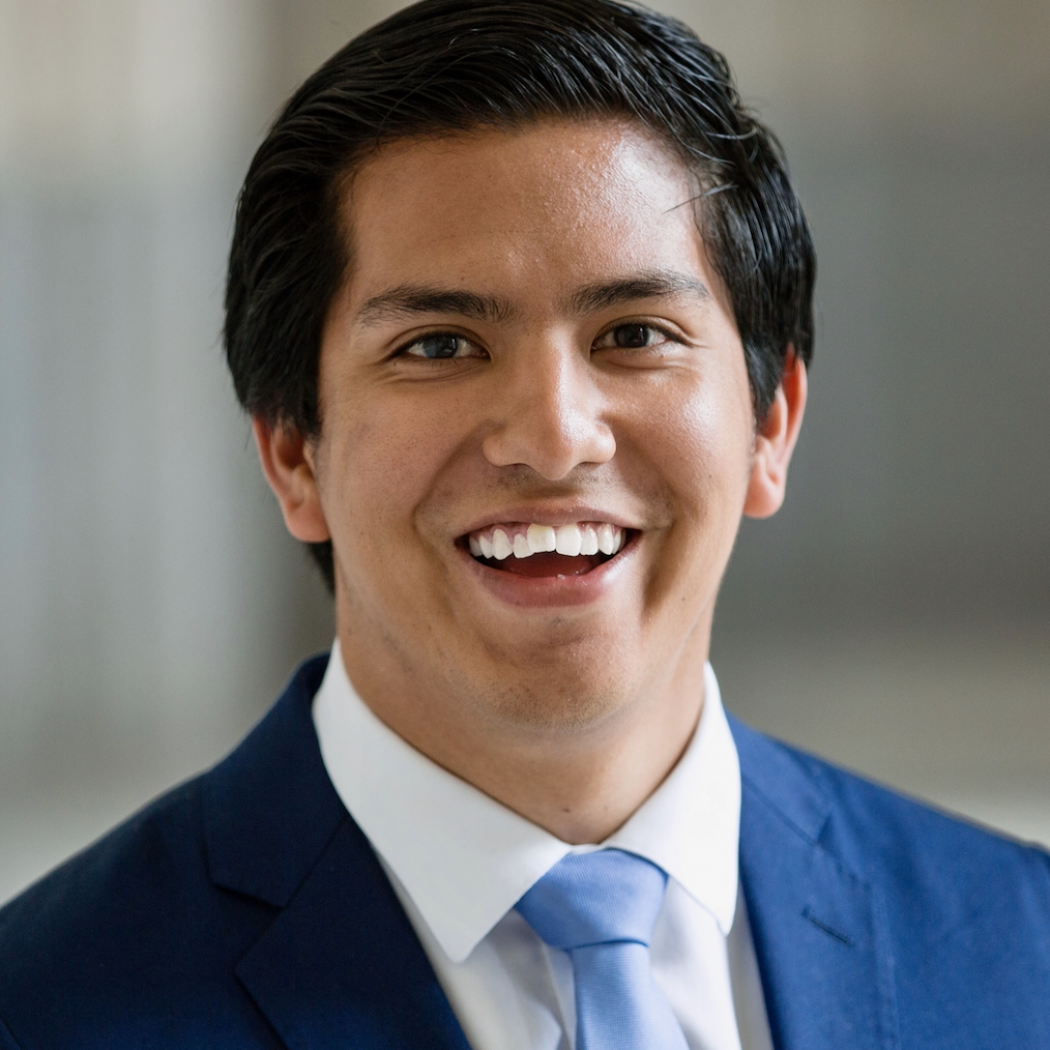 Rodrigo is a first-year MSFS student concentrating in Science, Technology and International Affairs (STIA) and a candidate in the Diplomatic Studies certificate. Originally from Cancún, Mexico, he earned his undergraduate degree from Tecnológico de Monterrey in Mexico and studied at Yale University and SciencesPo Paris as an exchange student. Prior to coming to Georgetown, Rodrigo worked in corporate affairs and sustainability at the Swiss-Mexican Chamber of Commerce. He also worked at the Wilson Center's Mexico Institute conducting public policy analysis on the U.S-Mexico bilateral relationship.

In 2019, Rodrigo was selected by the Mexican Ministry of Foreign Affairs to represent his country at the G20’s Youth20 (Y2O) engagement group during Japan’s presidency of the G20. He remains actively involved in youth advocacy issues as a member of the Youth Congress for Sustainable Americas and a Global Dialogue Fellow in the Y20 Saudi Arabia.

At Georgetown, Rodrigo is part of the Latin America Policy Association (LAPA) and is a student worker. He is interested in science diplomacy and emerging technologies, and particularly in their application for sustainable development. Rodrigo speaks Spanish, English and French, and is learning Portuguese.

"If you are interested in foreign affairs , Georgetown offers you the best opportunities to network and meet with luminaries and policy makers. I chose MSFS because it prepares students to be the next generation of global leaders confronting complex challenges at the nexus of policy, science and technology."