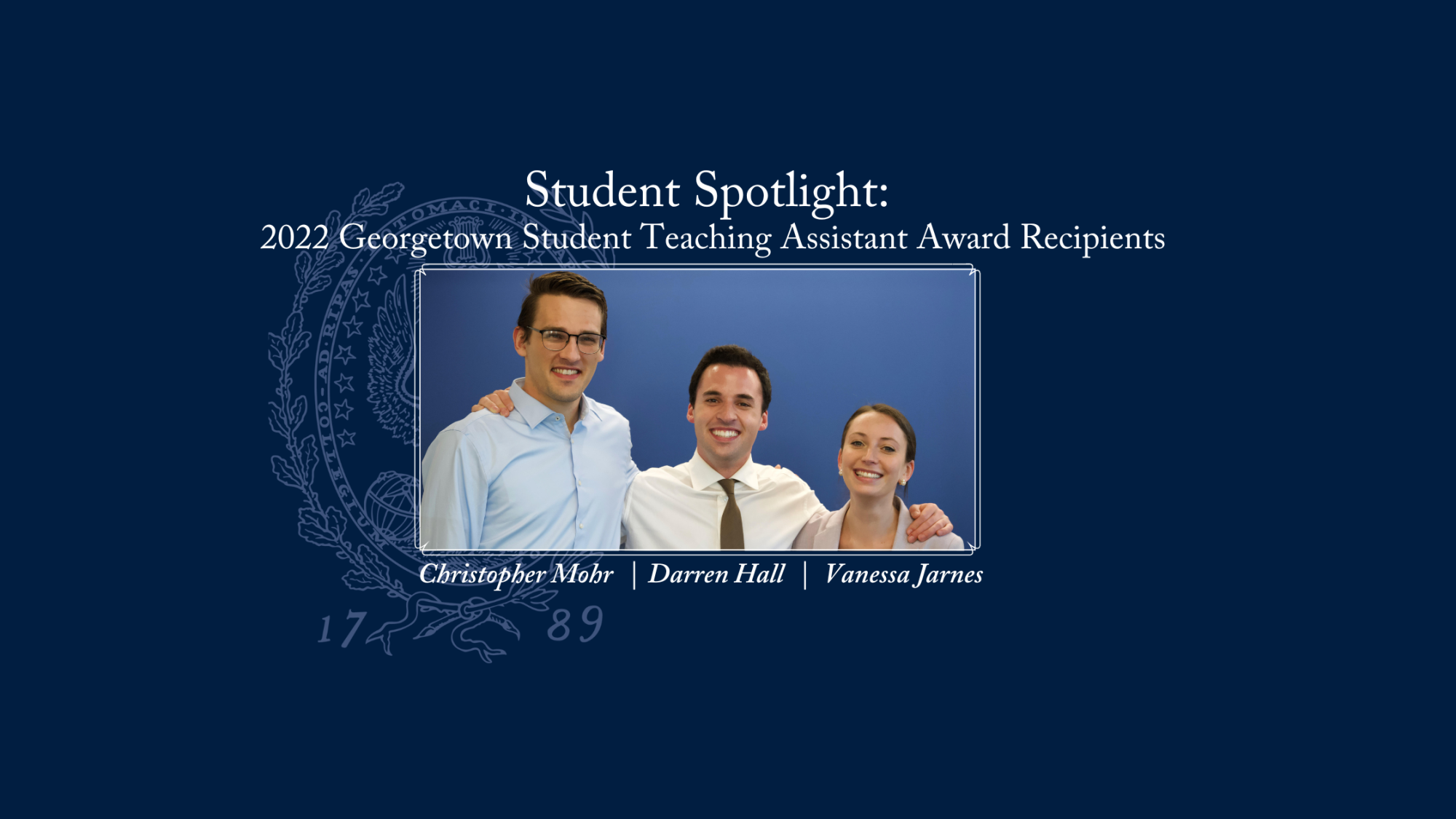 MSFS is proud that the winners of this year’s Georgetown Graduate Student Teaching Assistant Award were three MSFS students. Congratulations to Darren Hall, Vanessa Jarnes, and Christopher Mohr on this well-earned honor! Read below to learn more about these phenomenal students and their commitment to assisting the late Secretary Albright and her course, American Security Toolbox. 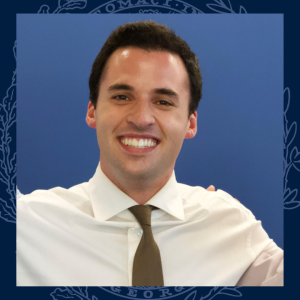 Darren is a dual degree student in the Master of Science in Foreign Service (MSFS) and MBA programs. Originally from Winnipeg, Canada, Darren has worked in both the private and public sectors, domestically and internationally. His employment experience includes an internship at the Embassy of Canada in Washington DC and working for numerous real estate developers. Darren taught business case studies to students at Addis Ababa University in Ethiopia and participated in multiple cross-cultural exchange programs in Russia, Israel and the United Kingdom.

What class did you TA for?
I was a teaching assistant for Secretary Albright’s America’s National Security Toolkit class. My contribution included updating the class syllabus, undertaking critical research and providing Secretary Albright with research and analysis that became an integral part of her lectures, acting as a liaison with her graduate students, assisting in grading, and leading discussion groups.

How did you find out about this award opportunity? How was the selection process?
We received an email from MSFS with the application linked from the Graduate School.

What is your favorite memory of your time working as a TA for this class?
My favorite memories from our class are from our TA meetings with Secretary Albright. We regularly met with the Secretary to go over syllabus related issues, grading and other logistics, both on Zoom and at her home in Georgetown. She was always incredibly gracious with her time and was genuinely interested in what we were doing in DC.

What is your advice to future grad students hoping to work as teaching assistants here at Georgetown?
I would tell them to embrace the opportunity. It is a great way to apply the academic and professional skills being taught at MSFS. It is also an opportunity to build relationships with faculty members and guest speakers.

Other reflections on this experience or things to say?
Being a TA for Secretary Albright was a tremendous honor. She was an amazing mentor, teacher and friend. I know Chris, Vanessa and I all want to make her proud through continuing her class this Spring. 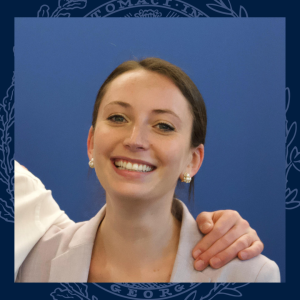 Vanessa is a second-year dual-degree student in the MSFS and MBA programs. She’s originally from Boston but has been in DC for the past 10 years and has worked for the federal government, focusing on counter terrorism and security issues across several regions. At Georgetown, Vanessa has three main focuses: political and economic development – especially post-conflict and urban development, negotiations, and the role of the private sector in political/global issues. After Georgetown, she would like to continue her work as a public servant, but is also open to exploring positions in the private sector that address international problems.

What class did you TA for? (can you tell us a little bit about the class?)

I was one of the three TAs this year for Secretary Albright’s course, titled America’s National Security Toolbox. We worked with the Secretary for the fall graduate course and then altered the undergraduate course this spring for Ambassador Bob Gallucci. The class is something Secretary Albright taught for decades and it covers all the different “tools” available to U.S. policymakers on various national security problems, such as diplomacy, intelligence, or sanctions. The class is centered around a major Role Play each semester where students must respond to a national security crisis somewhere in the world and use their toolkit while dealing with disruptions and uncertainty.

How did you find out about this award opportunity? How was the selection process?
We found out about the award opportunity through an email calling for nominations. One of our fall semester students nominated us and we asked our current professor, Ambassador Gallucci to write us a letter of recommendation. We then worked together as a team to write a short reflection paper that responded to the award’s prompt about our teaching philosophy. After a few weeks went by, the ceremony took place and we found out that we won an award!

What is your favorite memory of your time working as a TA for this class?
I probably have two-ish favorite memories. As TAs for the undergrad class, we each led our own discussion sections and got to be creative with helping the students understand the material. Right around the day of the Russian invasion of Ukraine, we had a discussion section focused on the role of intelligence as a tool. I wanted the students to fully understand how the Intelligence Community and policymakers would be approaching the invasion with intelligence, so we did a thought exercise/simulation where some of the students were the Secretary of State, some were the Secretary of Defense, some were the Director of National Intelligence, and some were the U.S. President. I then had them each brainstorm for a few minutes and think through what kind of intelligence they would need or request in their policy roles, or how they would pivot intelligence resources as the DNI. This allowed students to get to think about the news of the invasion while also grappling with the course material.

My other favorite is not a specific one-time memory, but it was a real honor every week to have private time with Secretary Albright to ask her about her life, hear her opinions of different global events, and listen to her talk about her close acquaintances she had recently spoken to, like “Bill” or some of “her exes.” I really loved her dry sense of humor. I’ve also loved getting to know Ambassador Gallucci this spring and chatting with him about stories from his time in government or about his horses.

What is your advice to future grad students hoping to work as teaching assistants here at Georgetown?
My advice to future grad students looking to work as teaching assistants would be to look for openings on classes you are passionate about. Devoting many hours each week to helping students learn material is much better when it’s material that you find interesting because you can try to pass along some of your excitement to the students.

Other reflections on this experience or things to say?
I’m really grateful that I had a great team this year. My TA experience would not have been the same or nearly as fun as a solo TA and I’m thankful I got to have Darren and Chris as my teammates. We spoke in our award essay about how teamwork was at the center of our teaching philosophy and I think that’s 100% true. There were a lot of high highs and low lows to our TA experience over the past year and I wouldn’t have wanted to experience it with anyone else. Thanks, Darren and Chris. 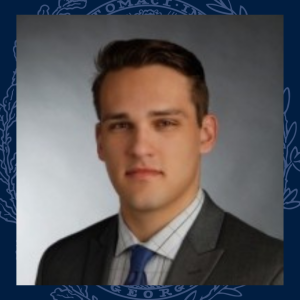 Chris is a second-year in the dual JD/MSFS program concentrating in Global Politics and Security. Originally from Los Angeles, California, he received his B.A. in International Relations from Tufts University with a concentration in international finance. He conducted undergrad research on State Capitalism in China and held internships at the Foreign Service Institute and Interscope Records. Prior to Georgetown, he worked at Command Group, an international security consulting firm in DC focusing on executive protection, customs management, and civil defense. Last year, Chris completed his first year of law school at Georgetown University Law Center. Chris is particularly interested in public international law and international institutions, especially in the areas of arms control and treaty negotiation and implementation.

What class did you TA for?
I TAed for American National Security Toolbox taught by Secretary Madeleine Albright. The class is a survey course of the foreign policy tools available to U.S. policymakers, including diplomacy, sanctions, trade, use of force, intelligence, and cyber. Each week of the class included a discussion of the tool in the context of Secretary Albright’s career and current events. The semester culminates in a day-long simulation of a foreign policy crisis, where students take on the roles on U.S. principals, members of the UNSC, and various other foreign ministers. Last semester’s topic was a crisis in the eastern Mediterranean between Greece and Turkey. This semester, Sec. Albright did not teach the class and Amb. Robert Gallucci took over, so each week’s lecture was conducted by a different guest speaker, including Jon McLaughlin for intelligence, Liz Schrayer for aid, and Chris Krebs for cyber. The simulation this semester was a simulated crisis over Taiwan.

How did you find out about this award opportunity? How was the selection process?
I found out about the award via an email sent out by the university. To be considered, we had to be nominated by someone, submit a 500-word statement on our teaching philosophy, and receive a letter of recommendation from the professor (we got one from Amb. Gallucci). I am not sure what the selection process was.

What is your favorite memory of your time working as a TA for this class?
My favorite memory was the Monday morning meetings we would have with Sec. Albright before class. It was so interesting to hear her discuss what she wanted to lecture about and whatever was going on in the news. She would always ask us for input on what she would lecture about and what we thought about current foreign policy issues. Discussing that with such an icon is incredible in and of itself, but it was clear she valued our input and that was very special. Then Sec. Albright would causally drop that she had spoken on the phone or met with some high-level official or former government leader like it was nothing. I’ve learned more about foreign policy from those conversations than many of my courses

Another great memory – the end of Role Play. The idea behind the simulation is that Sec. Albright (as President) has been gone visiting troops all day. At the end of the day, she would “arrive” by walking into the room in a leather bomber jacket and a hat with the name of the destroyer she christened on it. It was awesome to see the looks on students faces when Sec. Albright walked in. She kept it a secret each year so that new classes would get the same effect.

Another great memory – Sec. Albright loved to play matchmaker. At one of our weekly Friday meetings, Darren mentioned that he had been on a date the past week. A look of disbelief came across Sec. Albright’s face as she said “Darren, don’t you know I need to approve anyone that you go out with?”

What is your advice to future grad students hoping to work as teaching assistants here at Georgetown?
Learn as much as you can from the students. There are some special students at Georgetown that have very interesting things to say. Sometimes it is better to let them show their skills because it may teach you as well.

Other reflections on this experience or things to say?
The best part of being a TA was getting to be involved with Sec. Albright’s life inside and outside of Georgetown. Going to her house for meetings, going out to dinner, and being able to discuss anything from foreign policy to government gossip to Sec. Albright as matchmaker is an unmatched experience in my life.

See photos of Darren, Vanessa, and Chris during their time as TA’s for the late Secretary Albright. 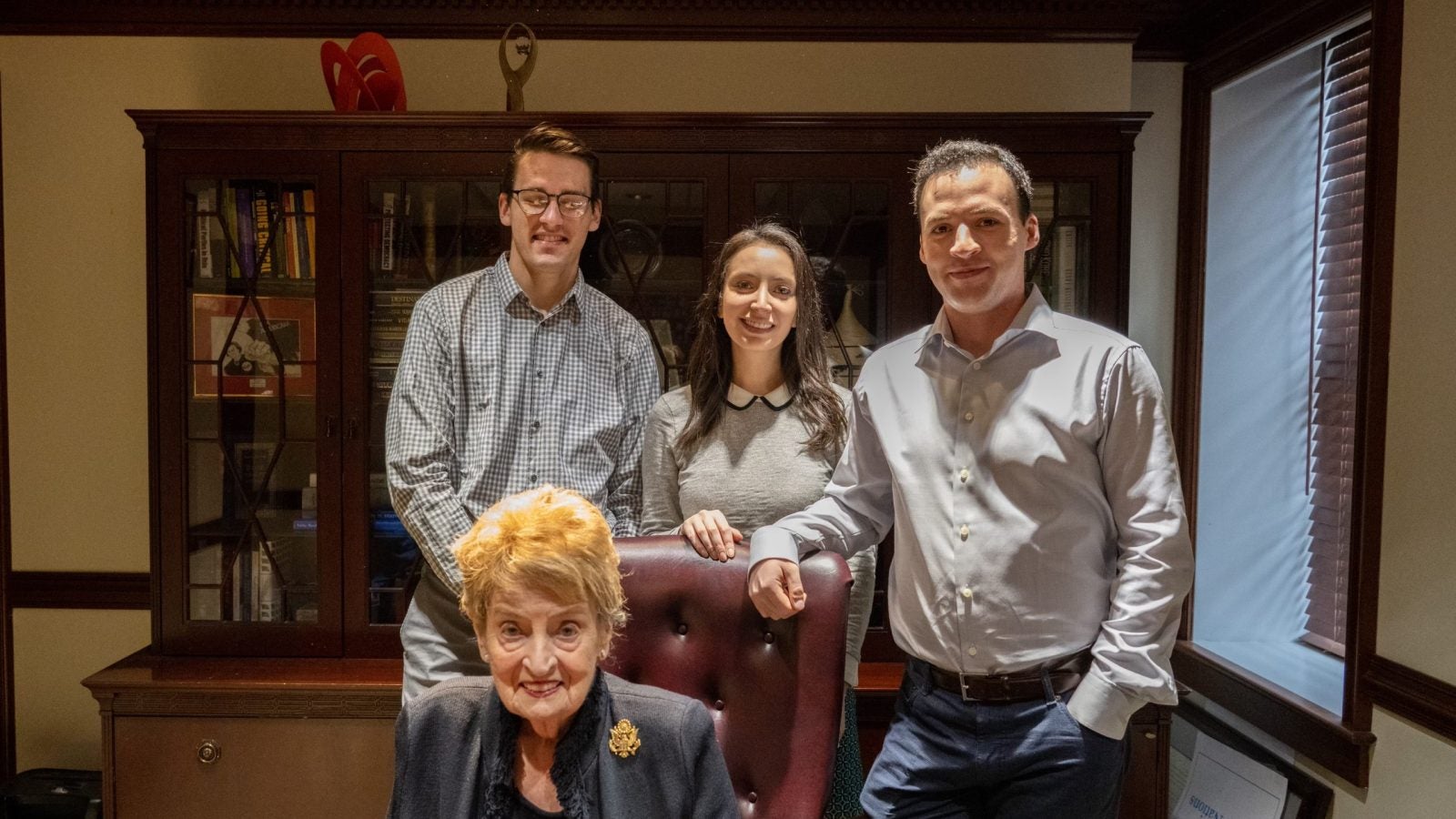 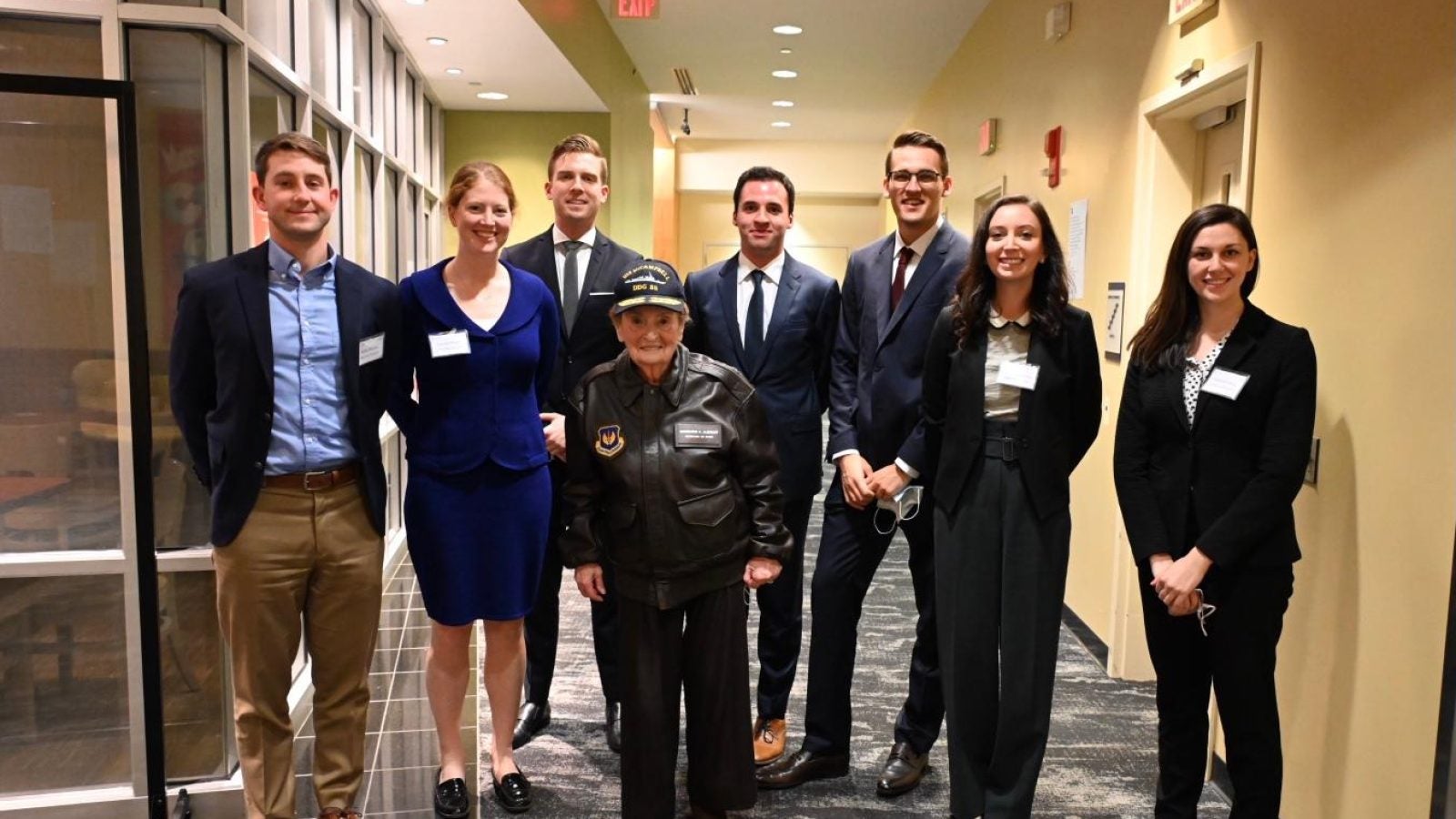 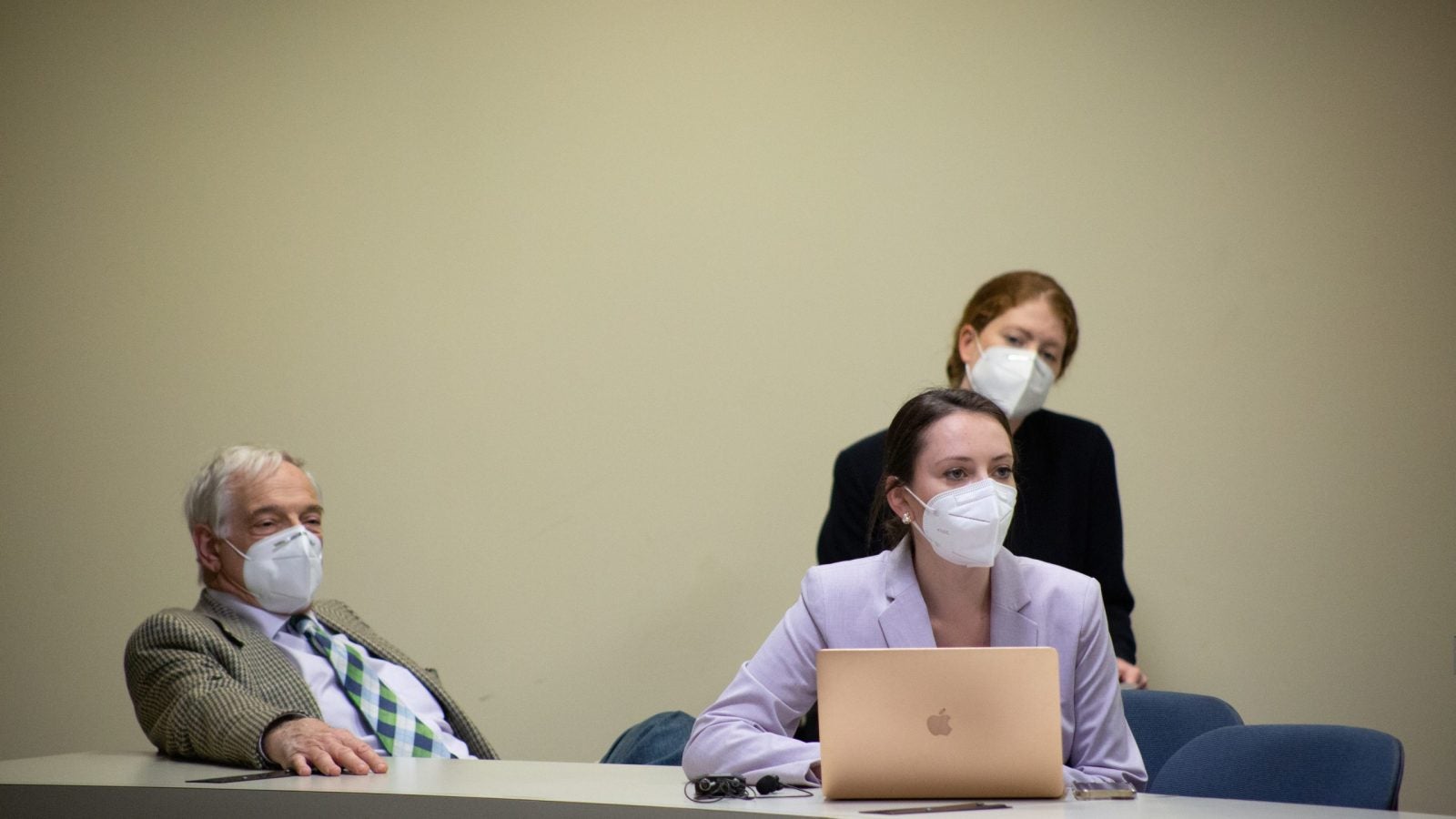 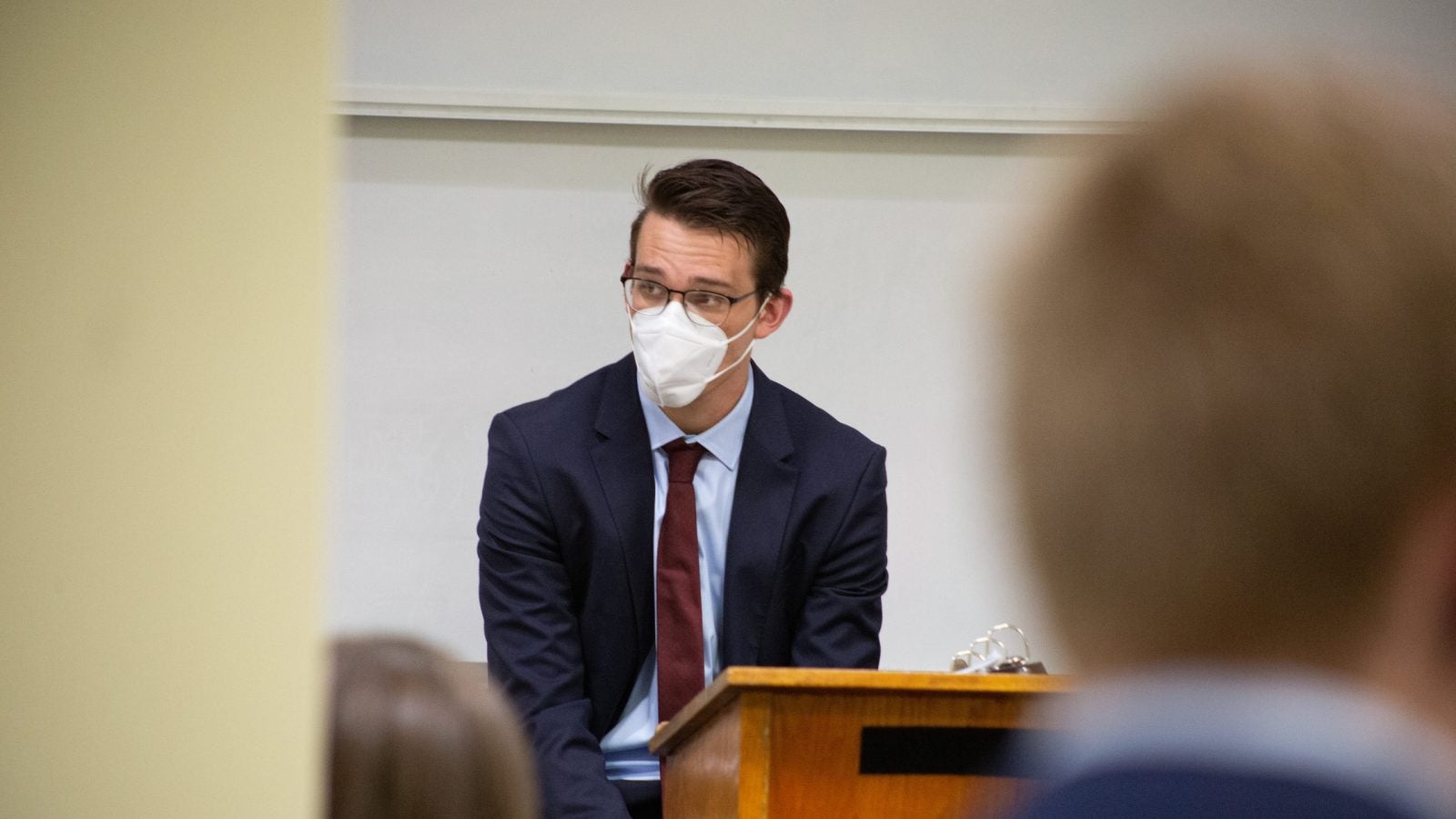 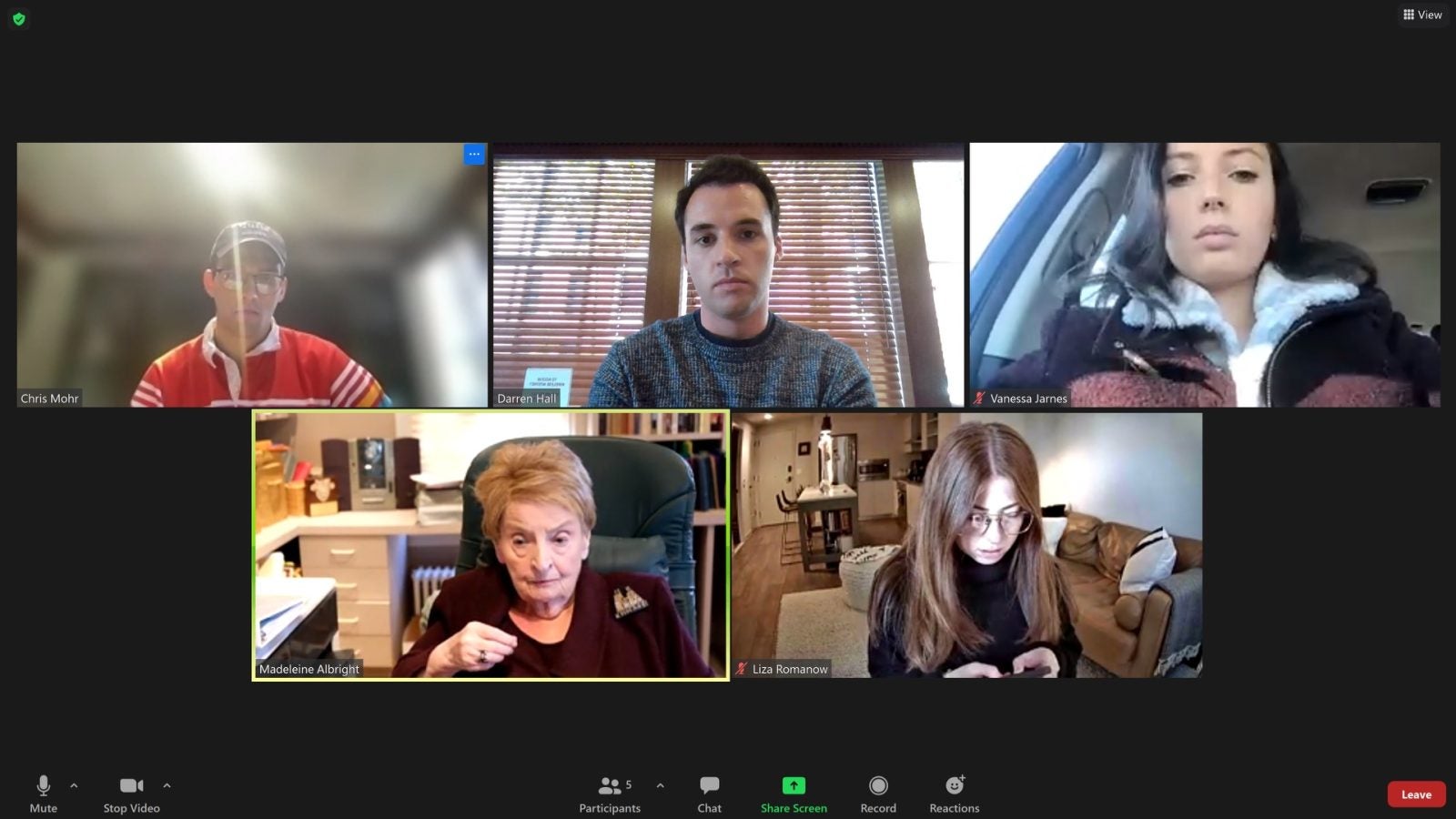 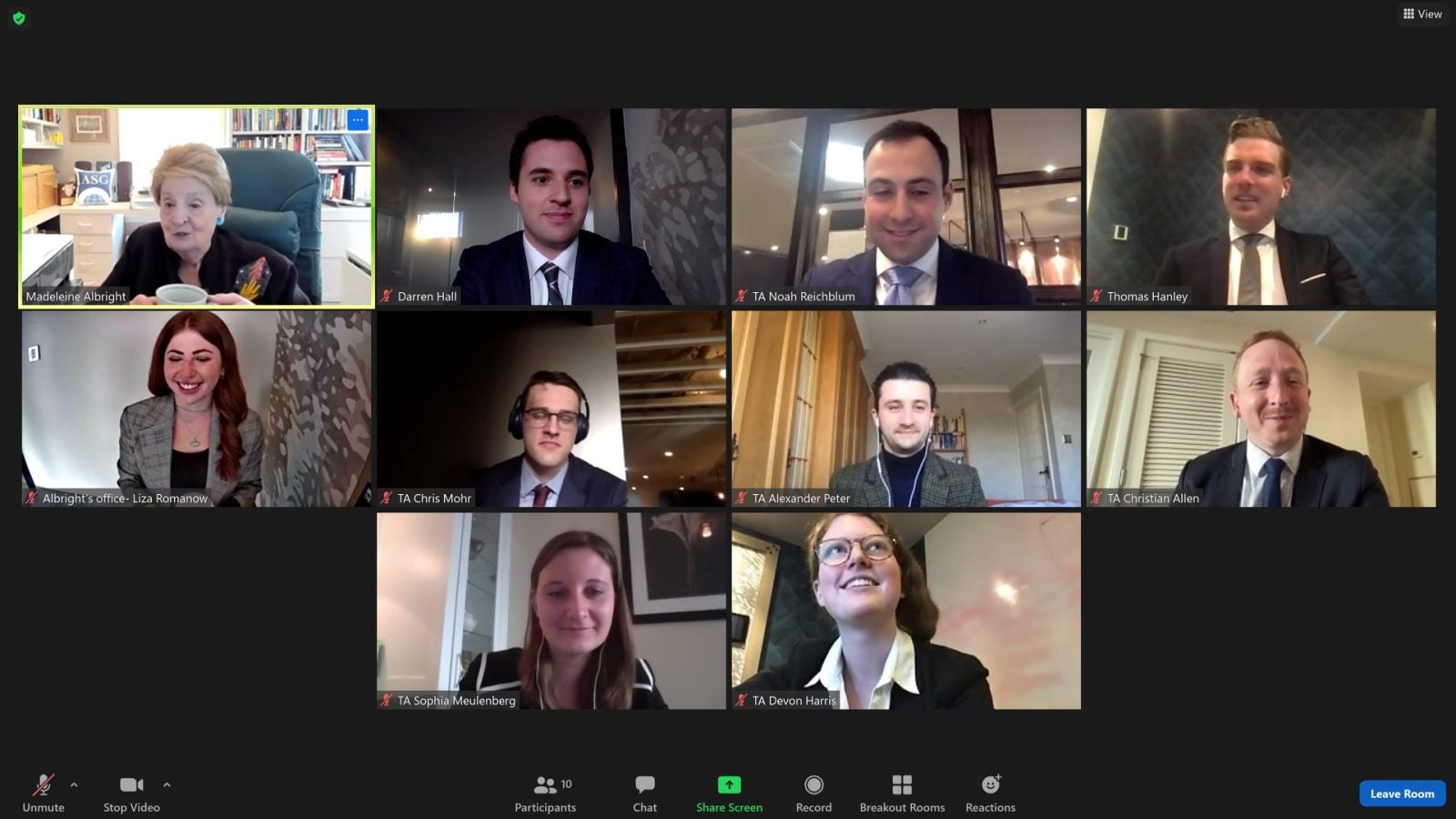