MSFS Deputy Director, Professor Ashley Thomas Lenihan, is having an impact on policy in the United Kingdom

She was quoted twenty times in the UK House of Commons International Trade Committee’s report on ‘Inward Foreign Direct Investment,’ released September 21, 2021, on the basis of oral testimony she gave to the Committee over the summer. The report also officially recommends that the new Investment Scrutiny Unit, which will review investments under the UK’s 2021 National Security and Investment Act, be developed “on an integrated, cross-departmental basis.” Professor Lenihan said:

“I deeply welcome this important move by the Committee. This is a position that I have been advocating for since 2017, because feed-in from across governments is critical to maintaining an open investment environment while protecting national security in a complex world. It also helps avoid politicization of review processes, and ensures different voices and perspectives are heard from across government departments on the potential risks and benefits posed by individual investments of concern.” To read more on the report and its recommendations, see the International Trade Committees’ press release.

This is not the first time Professor Lenihan’s expertise has been recognized by UK policymakers over the last year. In July 2021, she was also quoted three times in a report written by the UK Parliament’s Foreign Affairs Committee (FAC) entitled ‘Sovereignty for sale: the FCDO’s role in protecting strategic British assets.’ This was on the basis of oral testimony she provided to the FAC in February 2021 as part of their inquiry into the role of the Foreign, Commonwealth & Development Office (FCDO) in blocking foreign asset stripping in the UK.

When the UK’s new National Security and Investment Act was still making its way through Parliament, Professor Lenihan also gave oral testimony as a witness to the National Security and Investment Bill Committee in November 2020. Her evidence from that session was then referenced numerous times in the parliamentary debate on the Bill, and mentioned specifically in a statement by MP Chi Onwurah in support of a proposed amendment to the Bill.

The MSFS program congratulates Professor Lenihan on her achievements!

MSFS is delighted to announce Michaela Rubinfeld as the 2021 recipient of the SoldierStrong Scholarship. Michaela is the sixth recipient of this endowment, a partial-tuition… 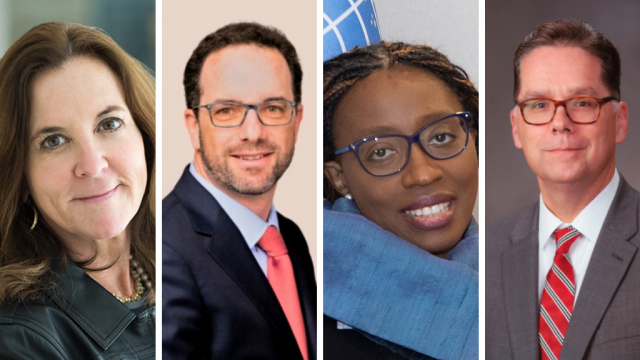 Meet the MSFS 2021-22 Practitioners in Residence