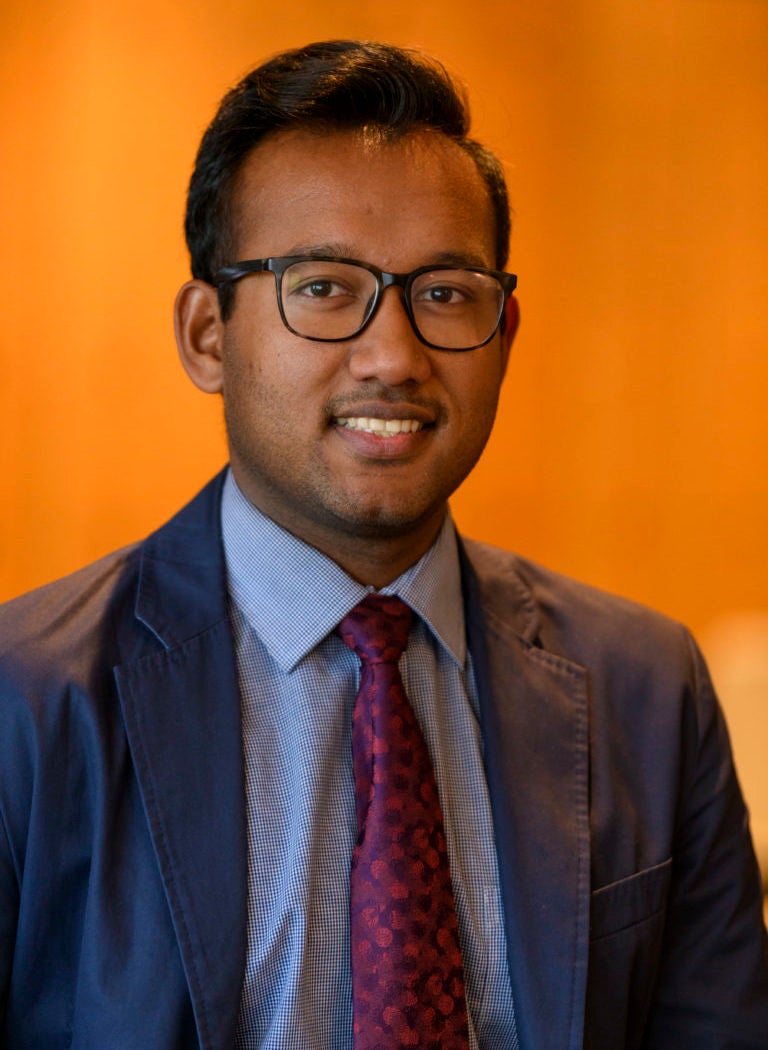 Mayaz is a Master of Science in Foreign Service (MSFS) candidate at the Walsh School of Foreign Service. Before pursuing graduate studies, he served as a Digital Editor at The Globe and Mail, Canada’s national newspaper working as both a homepage editor and social media editor. He co-wrote the Politics Briefing, The Globe’s daily politics newsletter, and Evening Update, The Globe’s end of day briefing.

Mayaz graduated from McGill University in 2016 with a Bachelor of Arts in Economics and Political Science and was the Editor-in-Chief of The McGill Tribune. He is originally from Bangladesh, but was born and raised in Jakarta, Indonesia. He later immigrated to Canada, where his family currently lives.

"I chose the MSFS program because I wanted to transition towards public service after a career in journalism. I knew that the program would challenge me and push me to grow both professionally and personally. I have also always wanted to live in Washington, D.C. Pursuing a degree in international affairs also aligned with my personal narrative. Having grown up as a third culture kid, I always knew that I wanted to work on issues that transcend borders.”