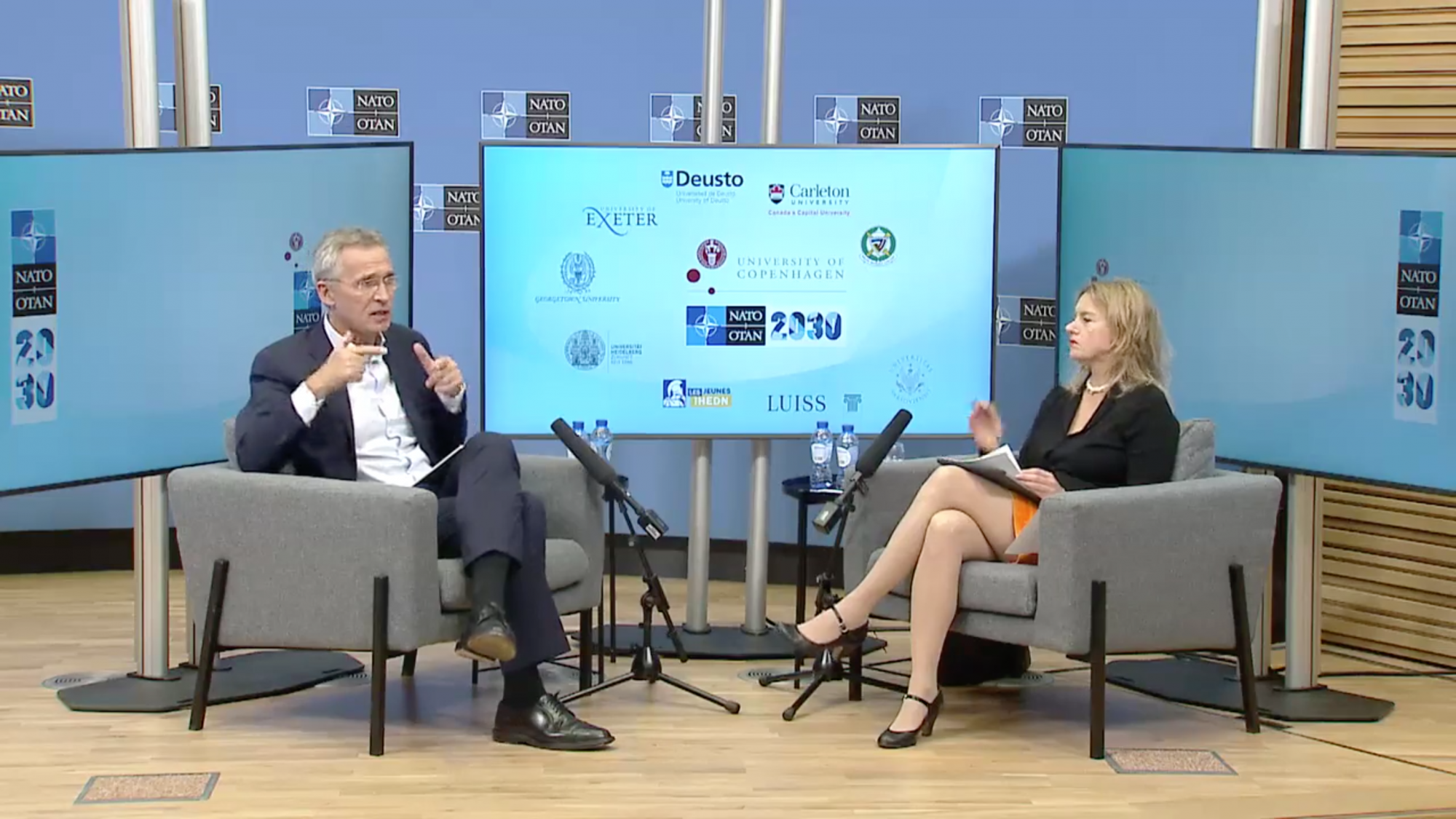 In a webinar on September 28,  2020 General Secretary of NATO, Jens Stoltenberg, hosted a webinar on Climate Change and Security featuring students from ten universities across the Alliance. MSFS was honored to be asked represent the United States in the webinar. Second year student, Jennifer Grosman Fernández, was the student delegate from Georgetown University at the event.

In today’s complex and multipolar world where nations face formidable non-military threats such as climate change, what is the role of a 70-year-old military alliance? Secretary General of NATO Jens Stoltenberg addressed this question in a webinar organized by Damien Arnaud (MSFS ’96), Head of Media Operations for NATO. Over a thousand students tuned in to hear NATO’s response to emerging security challenges, in particular the security implications of climate change.

Students from ten universities across the Alliance, including Georgetown’s Walsh School of Foreign Service, had the opportunity to hear remarks from the Secretary General about the role of the 70-year old Alliance in addressing emerging security challenges, particularly those related to climate change.

Students posed questions that varied in subject from peace negotiations in the Eastern Mediterranean and disinformation on social media platforms, to the security implications of the rise of China. However, climate change remained a central topic in the discussion. 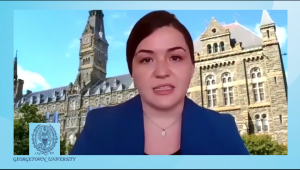 Jennifer Grosman Fernández (MSFS ’21), who represented Georgetown as the American university participant in the webinar, asked the Secretary General about NATO’s plan to build political consensus in order to adequately respond to climate threats derived from a shifting balance of power in the climate security sphere, especially since NATO members possess different views on climate risks.

The Secretary General recognized the relationship between climate change and security as well using consensus as a tool to deal with climate change. “Climate change is a kind of crisis multiplier. Very often climate change in itself doesn’t create the crisis, but it enhances the seriousness and the challenges we are already faced with”, he responded.

When reflecting about her experience representing MSFS in this global discussion, Grosman Fernández is hopeful that the conversation encouraged NATO members and students across the Alliance to address climate change. “By reaching out to university students, NATO is engaging with future foreign affairs professionals who will be working on these issues,” Ms. Grosman Fernández said.

“As NATO transitions from traditional security concerns, it is imperative NATO connects with students to better understand our perspectives on climate change, cybersecurity, disruptive technology, and pandemics,” she added.

Georgetown University was honored to represent the United States in this webinar. MSFS looks forward to being a part of this ambitious future to promote climate change issues and the link between climate and security.

Jennifer Grosman Fernández is a graduate student in Georgetown University’s Master of Science in Foreign Service program where she focuses her studies on the climate change, gender, and security nexus. Previously, she has interned for the U.S. Department of State and the United Nations Foundation. She is currently interning with the United Nations Framework Convention on Climate Change Secretariat. Jennifer serves as the School of Foreign Service Energy Club President and co-editor of Georgetown’s European Affairs blog. She lived in Germany as a U.S. Military dependent as a child. 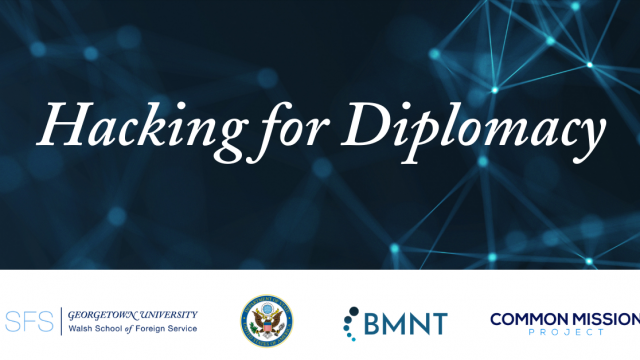 Creating solutions for foreign policy challenges through innovative learning. WASHINGTON – Georgetown University’s Master of Science in Foreign Service Program is pleased to announce the launch this month of Hacking… 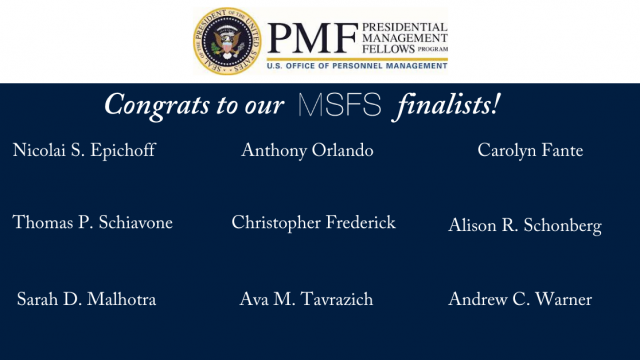 Congratulations to the 2021 MSFS finalists! MSFS is delighted to announce that nine MSFS students and alumni were selected as finalists for the Presidential Management Fellows Program for the Class… 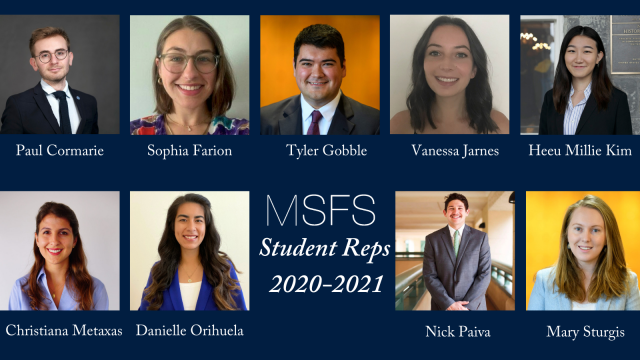 Our MSFS student representatives (reps) are an integral part of the MSFS community. Now more than ever as MSFS adapts to the virtual environment, our student reps have…