Taylor Hall-Debnam first experienced Malaysia at the age of 13 when the 2009-2010 Malaysia America Soccer Exchange Program made a pit-stop in her hometown of Portland, Oregon. Made possible by a grant from the U.S. Department of State Bureau of Educational & Cultural Affairs, the exchange program brought American and Malaysian citizens together through sports and team-building. In Portland, Malaysian students visited American schools and homes with youth hosts. The program also emphasized women’s participation in soccer, as there is no organized activity at the National or State level in Malaysia for girls or women. 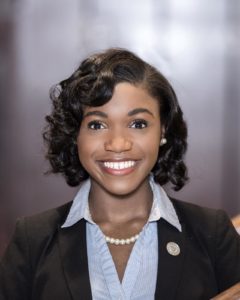 Ten years later it has all come full circle for Taylor. She explains that the “magic of that exchange” partially informed her decision to complete a Fulbright Grant in Malaysia. After completing her first semester at Georgetown, in January 2019 Taylor took a leave of absence to complete an English Teaching Assistant (ETA) Program in Kuala Berang, a small, rural village in the Terengganu state of Malaysia.

Taylor explains that there was “no typical day” during her time as an ETA. She worked Sunday-Thursday at a public Islamic secondary boarding school, teaching three hours a day and lesson planning, interacting with students, or executing activities the remainder of the day. Although paired with a mentor, Taylor was given great autonomy to plan and execute her lessons. Taylor’s lesson plans and activities helped students not only learn the English language, United States culture, and lessons needed to pass the national testing but to also be more confident. Taylor’s carefully planned activities also helped her create bonds with reserved students. For example, on Sundays, Taylor hosted the International Film Club. She explains that “the students, especially young boys, would learn to negotiate,” as they battled to pick the movie. During Black History Month, Taylor showed Black Panther and as a result noticed that male students became more engaged in conversation with her, with also enhanced engagement inside the classroom.

During her time in Malaysia, Taylor also worked on several legacy projects. She combined her experience and love of sports, women’s empowerment, and environmentalism to carry out these projects. On the International Day of the Girl in October, Taylor hosted the “Like a Girl” English camp, which combined language learning with soccer. Realizing that it was not the norm for girls in Malaysia to play soccer, Taylor worked to change this narrative by hosting a soccer tournament that brought 111 girls from her community and 70 girls from another to engage in the sport. Taylor also carried out a sea turtle conservation camp and an “Amazing Race” scavenger hunt. She hopes her students carry the lessons she taught them throughout their entire lives. Taylor describes her dream as “when my girls are my age, they are passing their knowledge, spirit, and courage onto someone else.” 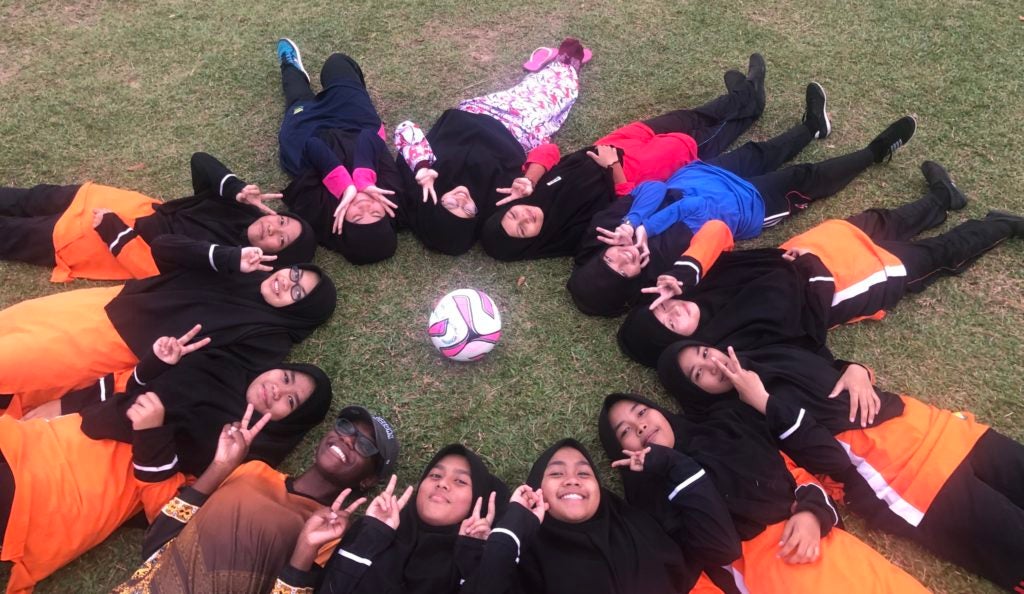 While at first Taylor was challenged by the slow pace of Kuala Berang, she found ways to become involved in her new community. On what Taylor describes as her “run-walks” through town, as the heat and humidity often slowed her down, she would often meet new people (as well as wild animals). Typically, Taylor would wind up at HuTec, a community college approximately 5 kilometres away from her home. She bought a basketball to – at first – play alone, while a group of boys and girls who often hung around the school laughed when she missed and cheered when she made a shot. Slowly, they went from spectators to participants. Eventually, they took over and Taylor notes that she became “their coach and cheerleader.” 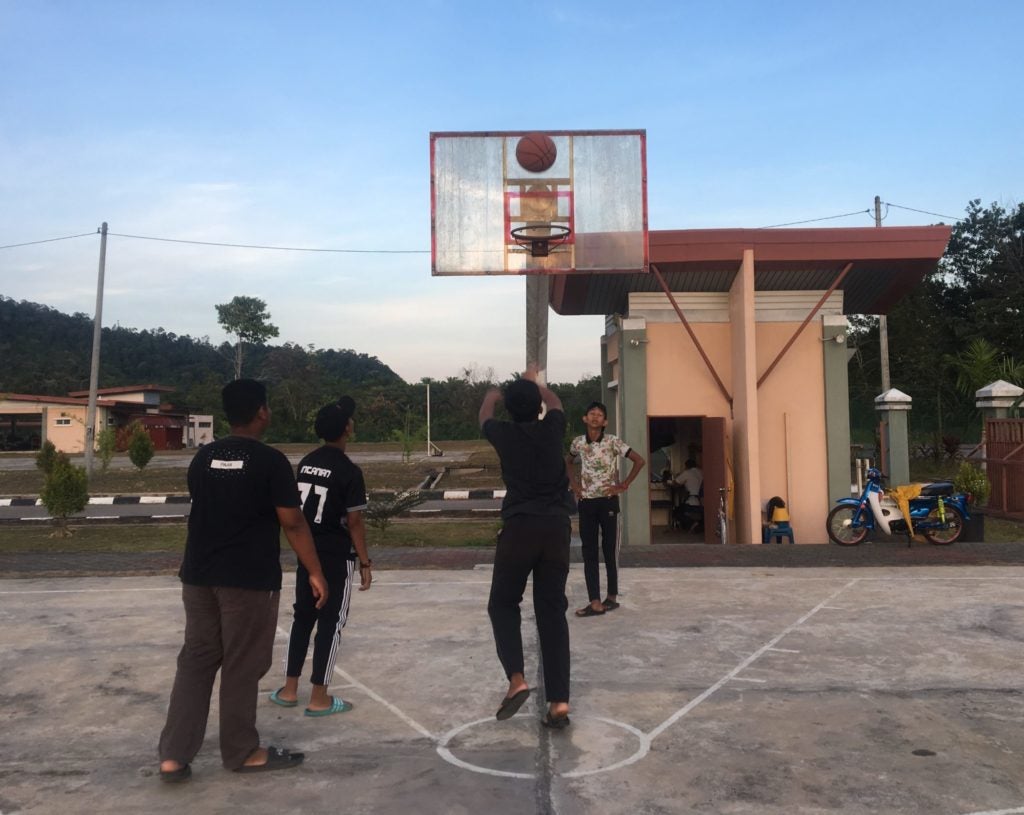 Malaysia’s many religious holidays offered several opportunities for Taylor. She spiritually connected with her new community by participating in Ramadan. She decided to fast and was oftentimes invited to iftar, or the break of a fast, with a family in the evenings. She describes her first experience with Ramadan as “center. There is a process of renewal that happens in the peace of Ramadan.” Taylor also took breaks to travel around Asia. For example, she traveled with her mom to Chiang Mai and Bangkok in Thailand, Singapore, Kuala Lumpur, Cameron Highlands, Kuala Terengganu, and even SMA Mahmudiah in Malaysia. 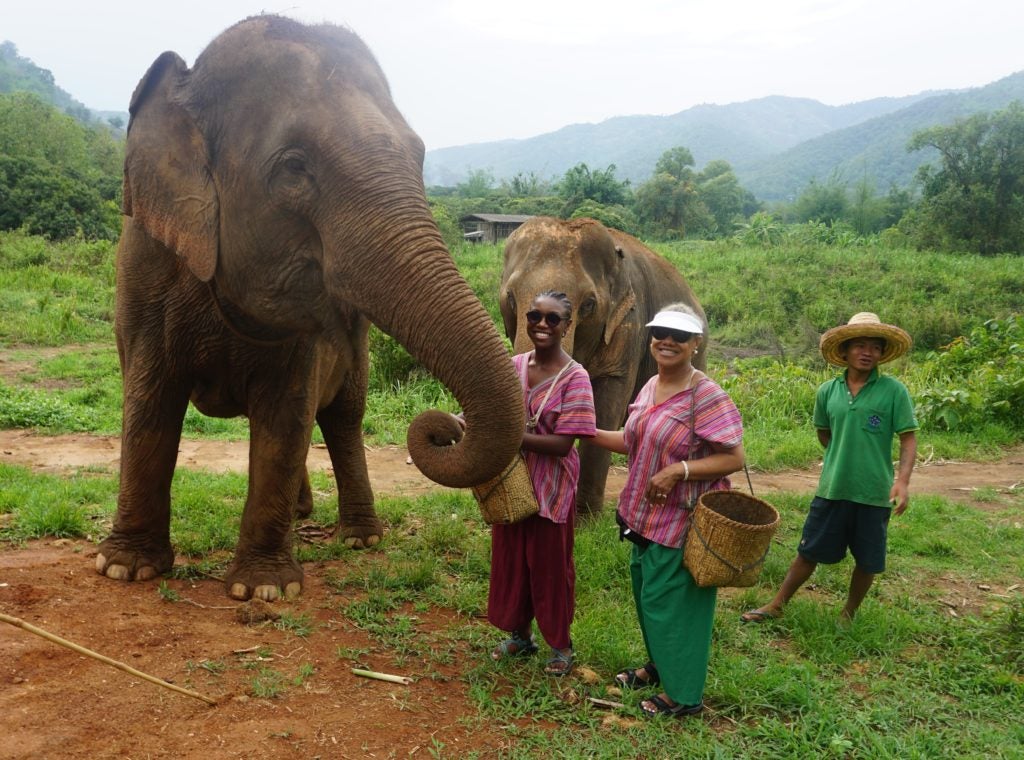 Taylor’s time abroad has significantly influenced her academic interests. When she first started the MSFS program, Taylor’s concentration was Global Politics and Security (GPS). Upon return, Taylor changed her concentration to International Development. “I wanted to gain skills to be more able to serve in developing countries in the future,” Taylor states, “and learn the ingredients that make a more stable development track.” She is also interested in understanding the impact of gender on health and environmental outcomes.

Most recently, Taylor has been accepted to Georgetown Law School and will graduate in 2023 with a dual JD/MSFS degree.